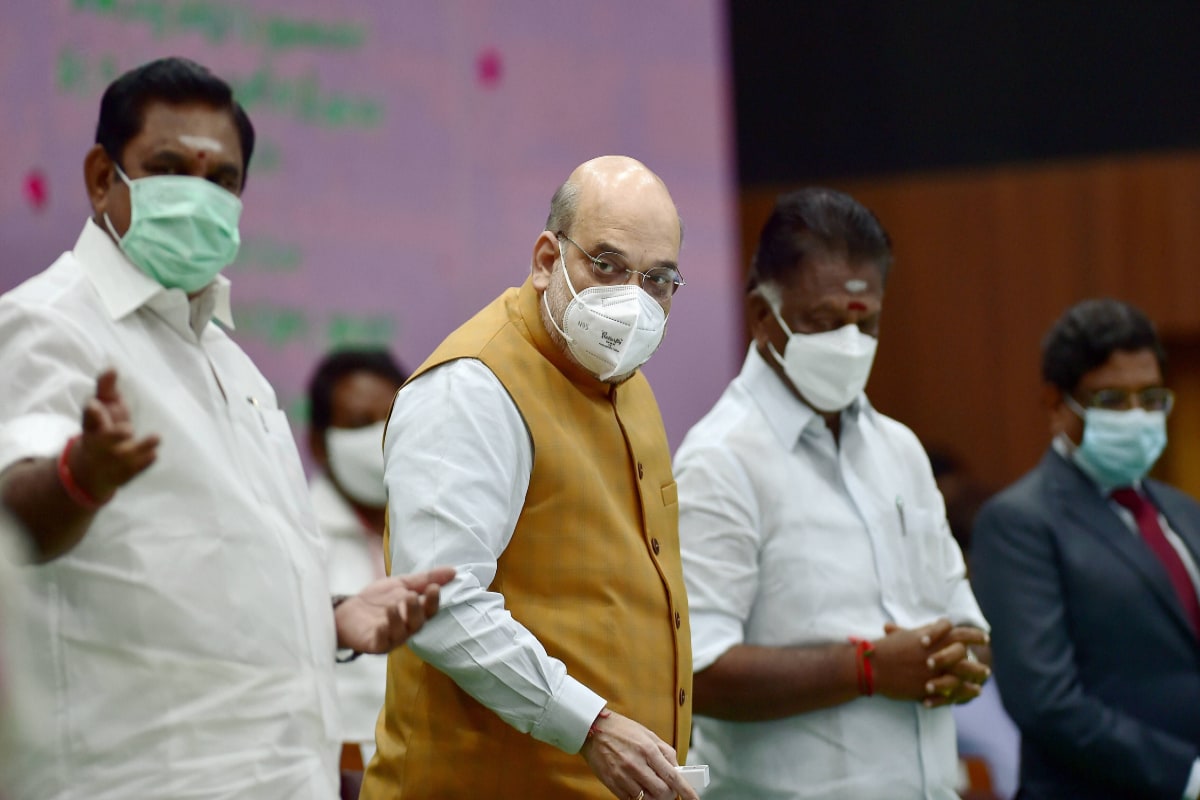 Seat-sharing talks between the ruling AIADMK and BJP for the upcoming Assembly election in Tamil Nadu is likely to conclude by Wednesday.

According to a report in The News Minute, the BJP is driving a hard bargain and has sought at least 24 seats from the AIADMK as part of the deal.

Quoting sources, The News Minute wrote the BJP had come up with a list of 60 constituencies where it said it had a winning chance and demanded at least 30 of these seats to contest from.

Meanwhile, the BJP said the AIADMK would decide on accommodating VK Sasikala, confidante of late chief minister of Tamil Nadu J Jayalalithaa, in the ruling party-led alliance for the assembly polls. The AIADMK, in a quick reaction, ruled out accommodating her or her nephew TTV Dhinakaran-led Amma Makkal Munnetra Kazhagam either in the party or in the alliance led by it for the elections. AIADMK senior leader and Fisheries Minister D Jayakumar, when asked if the BJP recommended bringing Sasikala to the alliance led by his party and if there was any pressure on his party over it, he said, “no one can force us.”

The AIADMK has already sealed its deal with S Ramadoss-led PMK allotting it 23 seats. It also continued discussions with actor Vijayakant-led DMDK on sharing of the seats for the April 6 polls. “We were initially looking to seal the deal with just 15 seats for the BJP. But they were unwilling to settle for less than 30. We then increased the number to 20, then 22 and finally we have settled at 24 currently,” a source in the AIADMK was quoted as saying. “They were keen to be the second-biggest party in the alliance, so we had to give them at least one more seat than the PMK,” he added.

Earlier on Tuesday, Ravi had said there was ‘no conflict’ over seats and discussion was underway. “We are strengthening the party in all 234 seats.” AIADMK senior leader and Fisheries Minister D Jayakumar, when asked if the BJP recommended bringing Sasikala to the alliance led by his party and if there was any pressure on his party over it, he said, “no one can force us.” The BJP has never interfered in the AIADMK’s internal affairs and a big rumour was doing the rounds as if the saffron party was pressuring his party on the matter, he said. There is no scope ‘100 per cent’ for Sasikala or AMMK joining the AIADMK or the alliance and this is the stand of the party, he asserted.

A senior BJP leader, on condition of anonymity, said the party wanted to clinch the seat-sharing deal before Shah’s expected visit on March 7 to the state for a public meeting where all the alliance leaders could share the dais.

While a delegation of state BJP leaders is talking to the AIADMK, national general secretary BL Santhosh is said to be keeping the demands from the party strong.

Among the constituencies sought by the BJP are Mylapore, Harbour and Triplicane in Chennai. It has also asked for constituencies in Coimbatore and Pollachi, besides the Lok Sabha seat in Kanyakumari, which has fallen empty following the death of MP Vasanthakumar.

Lockdown exit plan for May 17: Govt may ready negative list of prohibited activities